The Asus ROG Rapture GT-AX11000 does not hide what it was made to do.
With its grand aesthetics, large and tank-like build, and more antennas than you can shake a stick at, the GT-AX11000 indeed aims to appeal to a particular market; the gamers.

Heck, the ROG Rapture GT-AX11000 even comes in a box that you can easily mistake as a motherboard.

Another critical aspect of the ROG Rapture GT-AX11000 is that it is equipped with Wi-Fi 6 standard, which means you can expect optimum speeds when gaming and streaming – even at 4K.

Of course, this is only a possibility if your ISP can provide you with the proper bandwidth to take full advantage of Wi-Fi 6 technology. If you do, you will get your money's worth with GT-AX11000.

A quick look at the ROG Rapture's specs and you will see that this beast of a router utilizes three wireless bands. Combining all three bands can deliver a (theoretical) throughput of almost 10Gbps!

That number alone is the best indication that this Wi-Fi 6 Asus router was explicitly designed to accommodate power gamers that need the fastest and most powerful router to complement their, most likely, equally impressive gaming rig.

Equipped with Wi-Fi 6 (802.11ax) standard for optimum throughput and stability. 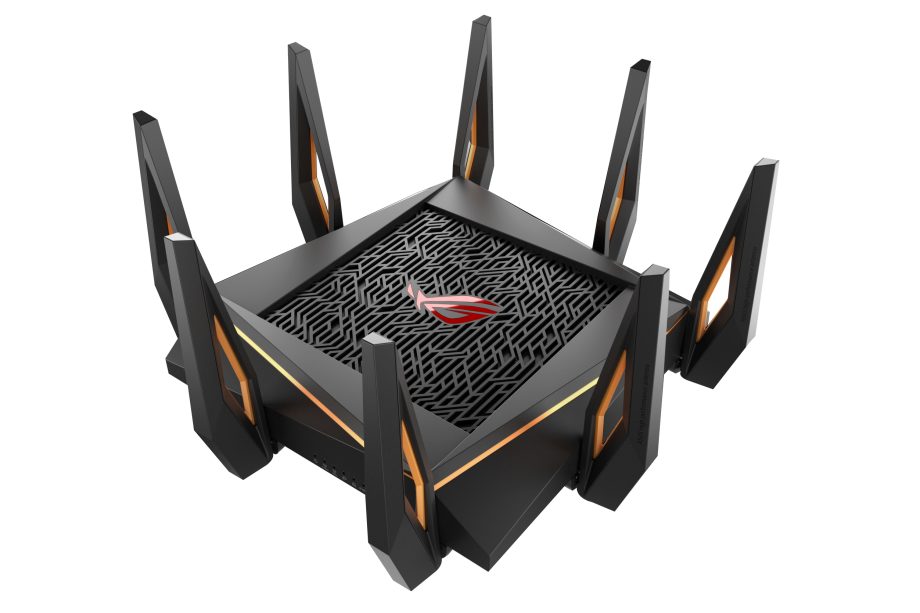 A Gaming Router of Monolithic Proportions

Design-wise, this is definitely what you would call an 'overkill' as the ROG Rapture GT-AX11000 is more akin to the monolith found in Dead Space rather than your typical high-end router.

I was half expecting Cthulhu's tentacles to start creeping out of the center of the router as this looked kind of like a summoning platform.

Jokes aside, yes, this is a rather cool looking router if you prefer something that goes all out with its design. One particular aspect of note regarding the antennas is that it can somewhat be a little tricky to attach.

Fortunately, the ROG Rapture also made sure that every design aspect built into the router will be practical and functional.

The ROG Rapture GT-AX11000 offers four downstream Gigabit Ethernet ports and a single 2.5G Base Ethernet port. There is also a WAN broadband connection and a USB 3.0 port included at the back.

With a square-shaped design, the GT-AX11000 looks bulkier than most routers, add to the fact that the eight antennas and a weight of roughly 1.7kg, and you have yourself one serious-looking router. 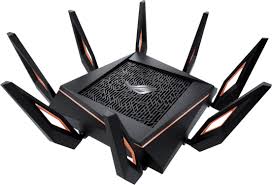 If you have seen the modern gamer's rig, then you know how big LED lighting is a part of the overall aesthetics.

The ROG Rapture GT-AX11000 takes this into account with its impressively flexible LED feature.

Not only can you choose to use vibrant LED lighting effects such as Comet, Rainbow, Static, Breathing, Glowing, Flash, Yoyo, Color Cycle, Wave, Strobing, and Starry-Night – you can also customize the LED color to change during specific triggers.

The reason you would want to do this is to help you determine the current status of your router and home network at a glance. Here are the available trigger effects that the GT-AX11000 utilize in conjunction with its LED lighting:

If you are not a fan of the prominent and protruding button display, then the ROG Rapture has you covered.

The GT-AX11000 utilizes a sleek concealed button layout on the left side of the unit.

Here you have the WPS button and the Boost switches which turns on the Dynamic Frequency Selection and Game Boost functionality.

This makes improving your network speeds extremely easy as you won't even need to use an app or head onto the router's web portal.

With just a click of a button, you can enhance your gaming experience on the fly.

Of course, you can still opt to go to the web portal to access the more in-depth Adaptive QoS (Quality of Service) feature to optimize your online experience to your personal preferences.

With Adaptive QoS, you can prioritize which specific online activities get the lion's share of the bandwidth.

This is another must-have feature for gamers who also live with other individuals in the same residence to ensure that their online gaming session remains uninterrupted.

Be Sure to Make Room

Due to the large and bulky nature of the ROG Rapture GT-AX11000 router's design, it will unquestionably take up ample footprint/space on whichever table, shelf, or counter that you plan on putting it on.

A rubber base balances the rather heavy build of the GT-AX11000. This prevents it from scratching the surfaces of your furniture while also improving its overall stability and grip.

The biggest downside to its large frame is that Asus did not see fit to provide the GT-AX11000 with the ability to be mounted onto the wall.

Advanced Router and an Easy Setup

While the intimidating appearance and impressive array of features that the ROG Rapture comes with may seem daunting when it comes to the notion of installation and setup – the truth is that the GT-AX11000 is relatively quick and easy to operate.

For beginners, the GT-AX11000 comes with a Quick Internet Setup feature that will do the heavy lifting in regards to configuring your network to be as close to optimized as possible.

You can opt for this method if you are not familiar with all the router configuration on display.

As for more advanced users, going to the GT-AX11000's web portal will provide you with a myriad of crucial router settings to tinker with.

Each of the three wireless bands can also create their individual guest networks.

No Hand Holding with the Router Configuration

Please take note that while the GT-AX11000 does feature a Quick Internet Setup option, when it comes to tweaking the network via the web portal interface, the number of pages and tabs can be quite overwhelming for beginners.

Unlike other routers that come with simplified interfaces, Asus has a reputation for throwing everything you need from the get-go.

The number of menus on the screen can be dizzying at first, but like everything – you will get the hang of it with a bit of research.

That said, I do commend Asus for creating a highly detailed and easy to follow dashboard interface.

While the myriad of menus can be confusing at first, every page and tab are concisely delivered, and with comes with straightforward information to help guide new users.

I do highly refrain beginners from tinkering around the dashboard too much. 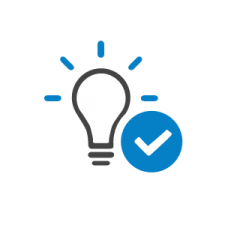 A Gaming Router at its Core

If you browse around the main features that the ROG Rapture GT-Ax11000 delivers, then you will understand what type of router this truly is.

One of its main features includes the Games Radar dashboard which shows a list of the current top online games as well as games that are registered in eSports.

Clicking on a title will give you some essential and need-to-know information about the said game in regards to its performance; such as the ping.

This can be helpful if you are planning on getting a particular online game, but I don't see this feature being used often. It is still a welcome feature, though.

Fortunately, the ROG Rapture does come with more gaming-focused features that will actively help improve your overall gaming experience.

One such feature is the Game Acceleration and WTFast technology which eliminates ping and latency issues.

Take note that WTFast is a monthly subscription service, but the one perk of GT-AX11000 users is that this service is built into the router and owners will automatically have one WTFast account for free!

This is an excellent deal for gamers and streamers as it does help you save cash in the long run, and WTFast is a highly recommended service for online players.

For those who wish to maximize convenience, you will be glad to know that the ROG Rapture GT-AX11000 also comes with Alexa Voice Control support.

By toggling the Alexa app on, users can control Game Boost, update the firmware, activate Guest Network, and reboot the router with their voice. 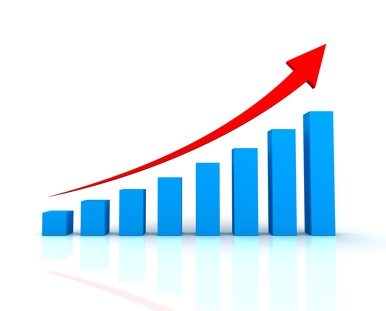 The Asus ROG Rapture GT-AX11000 certainly earns its marks when it comes to throughput performance. First up, we tested the router's 2.4GHz band, and the GT-AX11000 delivered excellent results.

The GT-AX11000 gave superior numbers (180Mbps) when we tested it with the connected device within the same room with an average speed of 180Mbps.

That's a given, but since one of the main selling points of the GT-AX11000 is its beamforming technology, we will need to get some more distance.

Moving away at 20-feet, the GT-AX11000 still clocked in fantastic throughput speeds ranging around 140Mbps.

Pushing the limits further, we placed the connected device at 50-feet away. As expected, the rates dropped significantly, but it was still good enough for web browsing.

We did notice the Wi-Fi disconnecting every once in a while. At this range, the ROG Rapture GT-AX11000 understandably had some difficulty maintaining its connection.

Switching up the 5GHz band, the GT-AX11000 showed off why it is ranked as one of the top routers in the market.

During the 'same room' test, the ROG Rapture clocked in speeds of up to 830Mbps. Hitting the 30-feet mark with walls and obstruction in place, the GT-AX11000 still delivered substantial numbers that averaged around 200Mbps.

At a 50-feet distance, our device was still able to communicate with the GT-AX11000 but with varying unstable results. This distance is pretty much the limit of the Asus ROG Rapture GT-AX11000.

When it comes to a wired connection, the GT-AX11000 performed better as expected with a speed that hit around 900Mbps.

As for file transfer speeds, since the GT-AX11000 uses USB 3.1 ports, we were able to clock it in at 12 seconds when it came to transferring a 1GB file. Wireless transfer using the 5GHz band clocked in at 13 seconds for a 1GB file. 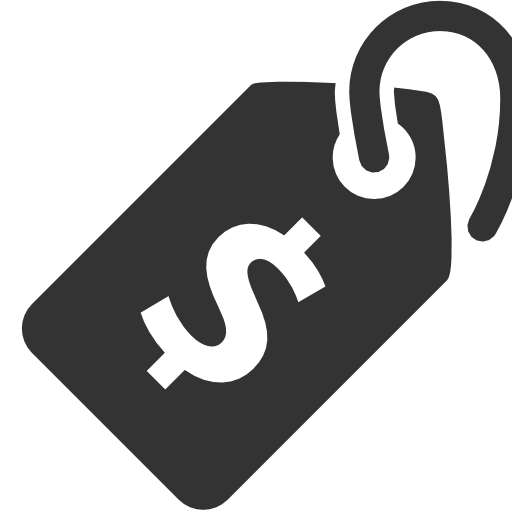 With a price tag at around $447, this is something that you get at the store on a whim. We can't skirt around it – the Asus ROG Rapture GT-AX11000 is one of the most expensive routers in the market today.

Does it earn that triple-digit price tag? Yes. This is a hefty investment but is something that would be well worth it for power gamers and online game enthusiasts due to the fantastic gaming features that the GT-AX11000 offers. 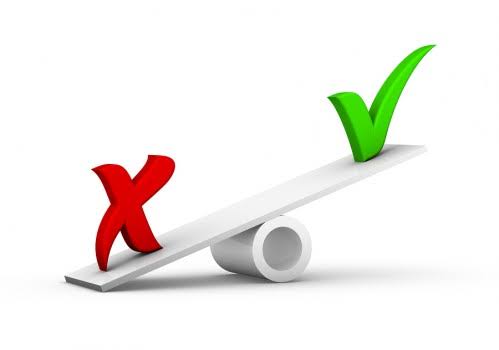 With the Rog Rapture GT-AX11000's design, this is a router that you don't hide in the shelf. Well, with its size and bulky design, hiding it is virtually impossible.

The high price tag may scare off casual users, but for serious gamers and heavy internet users – the features and performance that the GT-AX11000 delivers are enough to warrant that price.

If you are a gamer with cash to spare, or if you are looking to upgrade your router finally – I do suggest you check out the GT-AX11000.

Just make sure that your internet experience needs will make the most out of this router, or else this is just overkill in every sense of the word.