Synology is the manufacturer of some of the best wireless routers with great products such as the RT1900ac and RT2600ac. Even though both of these wireless routers are great, they cannot beat the MR2200ac in speed and range. Synology released the MR2200ac sometime in 2018, bringing fantastic news to home wireless Wi-Fi users. In many ways, MR2200ac is the best way to provide connectivity to your home smart devices. It provides fast connectivity and comes with new firmware with unique features that offer a versatile mesh functionality. In this Synology MR2200ac review, we shall discuss everything that makes this particular Wi-Fi router the best in its category. Let's dive deep into it. 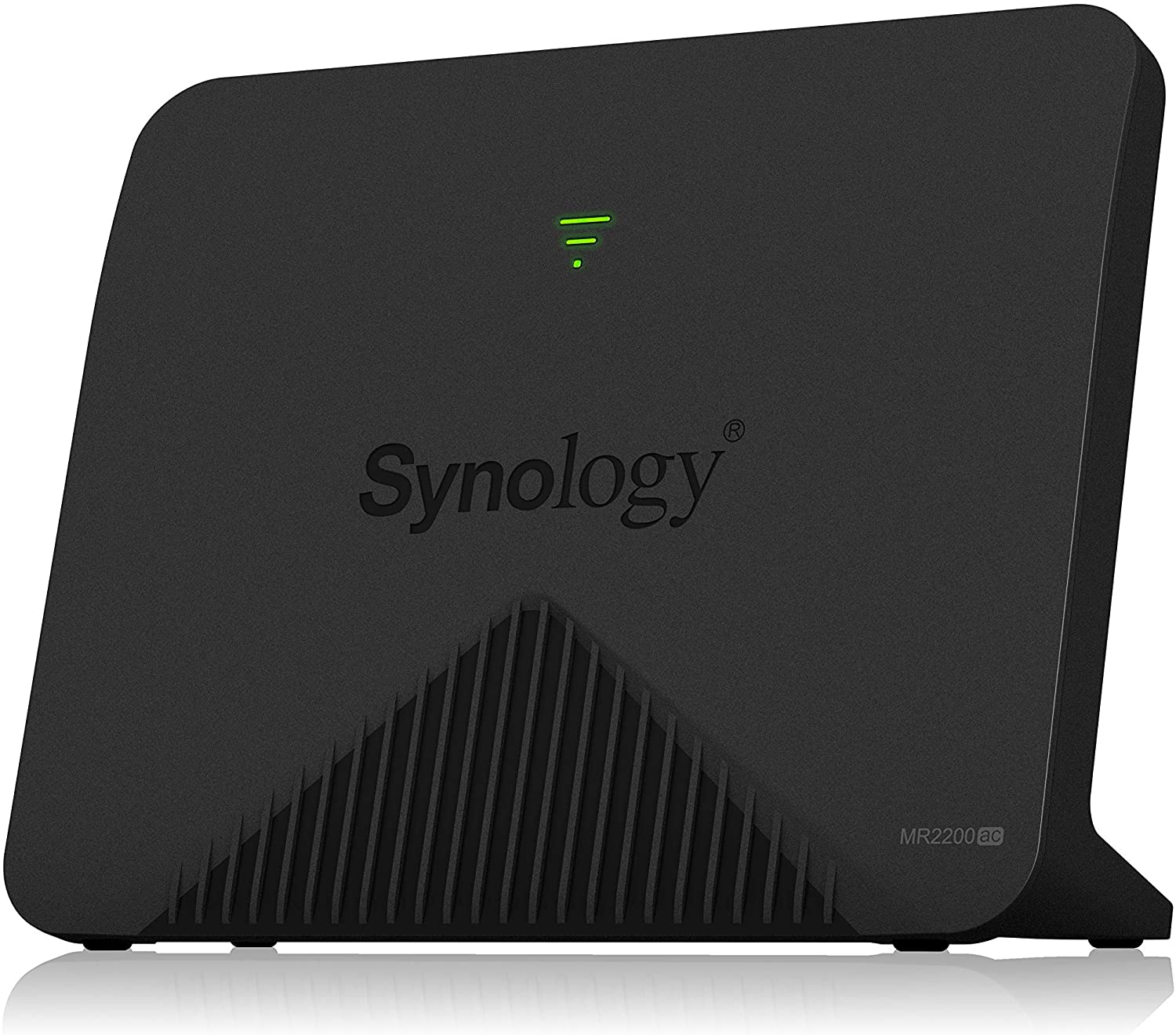 Remove its great features, and the Synology MR2200ac won't give you the performance you want. Even though it is more affordable than the RT1900ac and RT2600ac, it comes with impressive features, including the following:

Unlike other Wi-Fi routers (like the TP-Link Deco M9, Eero, and ASUS Lyra), the MR2200ac doesn't have a low-profile design.

As such, you won't be letting it lie on a table, desk, or another flat surface. Instead, the router stands upright, in a unique design only seen on Synology routers. It measures 6.4 inches by 7.8 inches by 2.5 inches and has a black matte surface. 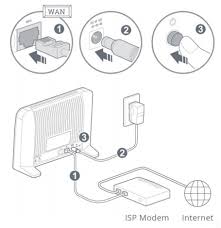 The MR2200ac comes with several LED indicators to show the system status and the Wi-Fi signal's strength. That removes the guesswork when you want to know whether or not the router is working. You can also quickly tell when it has network issues.

It has several ports at the back, including a USB 3.0, gigabit LAN, power, and WAN ports. The USB 3.0 port comes in handy when you want to connect via a cellular network and not a wired one.

It is a good option for those living in areas without traditional (DSL or cable) internet service providers (ISPs) or those who need a backup network.

However, with only one LAN port, you would have to use a switch to hook more than one device to your network. If all you want is Wi-Fi, then that shouldn't be a huge issue.

The router also lacks a Dual-WAN (link aggregation), which is necessary for advanced users. For those who want nothing more than a home Wi-Fi network, there is no cause for alarm.

Thanks to the inclusion of the power on/off button, WPS button, and Wi-Fi button, operating this router couldn't be easier.

One of the reasons people love MR2200ac is its AC2200 tri-band capability. In that case, tri-band means it can operate on three bands – one with 2.4GHz, and two with 5GHz speed.

In the first instance, the router delivers 400 Mbps while it delivers 867 Mbps of data on the other two bands.

However, one of the 5GHz bands acts as the backhaul, meaning it is used to establish communication with the world-wide-web. Each MR2200 node can provide coverage in an area measuring at most 2,000 square feet, matching the Deco M9 Plus.

Apart from ensuring high-speed connectivity, these interior features make Smart Connect, beamforming, and MU-MIMO data streaming possible when the band is working together.

The Synology MR2200ac also has mesh technology, allowing you to create a seamless Wi-Fi system with extra MR2200ac routers (also called nodes). It does not just resemble other mesh systems.

It is a fully-fledged satellite mesh point by design, making it possible to have two or more units in one Wi-Fi network. It can also act as a satellite for the RT2600ac router running on the latest SRM (at least 1.2 build-7742).

You can access the MR2200ac router's settings in two ways – via the web or mobile application.

All of that thanks to the use of the latest Synology Router Manager (SRM) firmware. It comes with a robust web interface, complete with a desktop, start menu, and taskbar, just like a real OS.

Each of these sections comes with an app represented by an icon. Using the web-based interface, you can quickly (and more effectively) manage settings for VoIP, IPTV, DHCP reservation, Static Routing, and IPv6.

You see icons representing SRM Help, Safe Access, Package Center, Control Panel, Wi-Fi Connect, and Network Center in desktop view. Let's look at each of these features one by one:

Once you buy the MR 2200 ac router, you need to set it up before using it. In that case, you may use the web interface or mobile app to get similar results. First, you should connect the router to your modem and router and switch it on.

If you are using the web interface, you have to type the web address: http://router.synology.com in the browser address bar and press ENTER.

Once you open the web interface, click START, and create an administrator username and password. Also, build a network name and password, select the Auto IP option, and hold for 30 seconds to connect to the web.

If you set up a mesh network, you can proceed to Add Wi-Fi Points (otherwise, you would use the Start Managing option). It will prompt you to follow specific on-screen instructions, so make sure you do that to the letter.

Once you have placed your node in an appropriate location (or room), power it up and wait for 90 minutes or until the LED blinks blue. Then tap Wi-Fi Points Ready and wait for a few seconds to add the node to the system. When you click next, the software will apply the new settings for one minute or so, marking the completion of the setup process.

How Does Synology MR2200ac Compare With Other Routers In Performance?

Try moving the client to 40 feet, and you will still get an average throughput of 530.5 Mbps. Therefore, extending the distance doesn't significantly diminish the strength of the Wi-Fi signal from this particular router.

The only routers better than the MR2200ac at a short-range are Synology RT2600ac and ASUS Aimesh RT-AC86U. However, the RT2600ac doesn't fare well when the Wi-Fi range is increased from 10 feet to 40 feet. 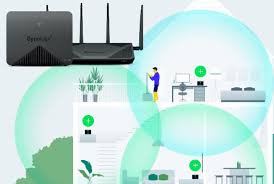 The MR2200ac can provide comprehensive coverage, whether as a standalone router or an additional node (or satellite) router. When used as a satellite 40 feet from the main RT2600ac router, it can provide reliable Wi-Fi in an area measuring 4000 square feet (or 370 square meters).

If you increase the distance between the two, you can get even more coverage at impressive Wi-Fi speeds. Combining the two routers can allow your Wi-Fi network to reach a maximum range of 5000 square feet (or 465 square meters) in a wireless setup.

Linking the routers with a cable can increase the Wi-Fi coverage even further without compromising the signal quality. So, the MR2200ac remains reliable whether used as a standalone router or part of a mesh network. 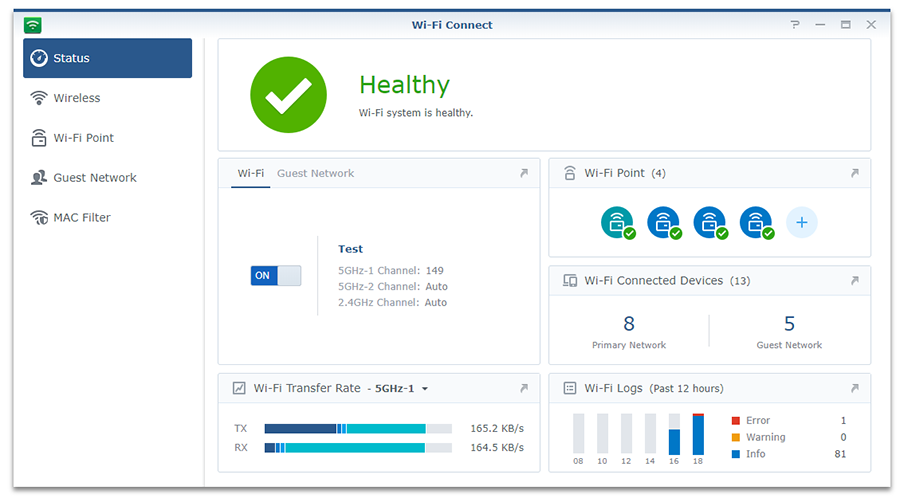 If you want, you can use the Gigabit connection for the external storage and get at least 45 MBps and 55MBps writing and reading speed, respectively.

Even though it is slower than most of the other routers, it is still fast enough to meet most of your file transfer needs over the network. With the USB downgrade, this router can reach a 35MBps maximum speed when reading and writing.

Like all the other routers from Synology, the MR2200ac has impressive NAS features, comparable with dedicated NAS servers.

With that, you can share or sync data, download without a PV, stream media, and backup the local network. That means you need additional storage to use all of the NAS features that come with this router.

The Synology MR2200ac packs many features that make it great for a simple yet effective home Wi-Fi network. Whether you use it alone or as part of a mesh network, it will give you fast internet speeds of 2.4GHz or 5GHz.

Besides, it utilizes the Safe Access functionality to protect your devices from unwanted malware, phishing, or intrusion. Again, parents can filter web content, create online time quotas, and monitor the kids' internet activity.

It is also easy to install, with the web interface or mobile app coming in handy. Given all of these benefits, the MR2200ac is worth trying both for those who want quick home Wi-Fi or organizational networks.