Like the huge population of people who use home Wi-Fi networks, you must have experienced the inevitable network issues like dropped signals as well as dead spots, especially if you live in a big house.

Nothing is more frustrating than a wifi signal that keeps dropping because watching videos or movies can become practically impossible due to the annoying buffering.

Due to the constant disappointments often posed by home wifi networks, you must have at one point thought of replacing it with the latest wifi system in town, the Mesh Wifi System.

Over the past few years, mesh wifi systems have increased in popularity- and it’s all for good reasons.

Besides being lightning-fast, mesh wifi systems are designed to solve one of the biggest problems facing most wifi router’s users- dead spots and slow network speeds.

Mesh wifi systems can cover significantly large spaces- some will even cover up to 5000 sq.ft.

This can either be on a single floor or several floors or rooms. This means if you have a big house or office with multiple floors, the system is efficient enough to deliver the strongest and fastest wifi connections.

In this article, you’ll learn what mesh wifi systems are, how they work, how they differ from traditional wifi extenders, their advantages, and disadvantages, and whether they are worth investing in.

What is Mesh Network Router and How Do it Works?

A mesh wifi system is a system that consists of two or more router-like devices that work seamlessly together to cover every single space in your house or office with wifi signals.

Traditional wifi routers are devices that send out a single blast of wifi signal.

It controls basic network tasks like allowing you to connect to the internet, connecting wired devices in the house, sharing wifi, as well as sharing USB devices such as hard drives and printers.

Although they are often reliable except for the constant slow network and dropped signals they are usually fast and reliable enough to cover small areas like small offices as well as typical 3-4 bedroom houses.

But if you want to connect a really big house or simply want the wifi signal to extend further outside your house, then a traditional wifi router can only do so much. This is where the mesh wifi system comes in.

To show just how powerful they are, wireless mesh systems can reliably and cheaply connect an entire city.

This explains their rising popularity both among residential and business owners.

The mesh nodes are small radio transmitters that practically use the same technology as wireless routers.

They utilize some common wifi standards like 802.11a,b and g to easily communicate wirelessly with users and of course, with each other.

These mesh nodes are programmed with a certain type of software that controls their interactions within the larger network.

The mesh nodes can travel across the network from point A to B by hopping from one mesh node to the next completely wirelessly. 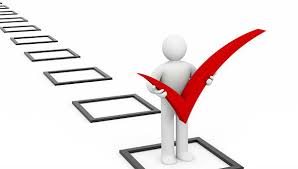 One of the biggest advantages of mesh wifi systems is that they are completely wireless or what is commonly known as Truly WIRELESS.

If your home is connected with a wifi router, then you must have noticed that the access points are wired to the internet to broadcast their signals.

To connect your home, other surrounding buildings as well as offices, Ethernet cables are often buried inside walls and ceilings.

Mesh wifi networks eliminate the hassle and a great deal of cost often imposed by the installation of wifi networks in homes and offices.

The system only requires a single node to be wired to a network connection like a modem to wirelessly broadcast the signal and connection across every node within the confined area.

The more nodes transmitted, the faster, reliable, and efficient the connections will be. This means you can watch movies or videos without having to endure the agony of buffering or dropped signals.

Even with multiple mesh nodes that transmit multiple wifi signals, the system unifies your entire home’s or office’s wifi connection into a single network name.

This helps to avoid confusion as you’ll only be able to connect to your wifi under one name.

A majority of popular mesh wifi systems offer dual-band wifi support which includes two speeds- 5.4GHZ and 2.4GHZ. 5 GHz is perfect for streaming and other heavy internet tasks because it’s faster, reliable, and quite efficient.

Combined with lightning-fast speeds that go up to 350mps, mesh wifi systems are a great option if you’re tired of buffering and drop-offs due to slow network connections.

To ensure fast and reliable connections always, installing more nodes will make your network faster and even bigger for use in large spaces.

4.  Ideal for Outdoor Use

This eliminates costly temporary connections especially in concerts or venues that are only to be held for a short period of time.

5.  Ideal for Areas Where Signals May Be Blocked

Unlike wifi router signals which may become blocked upon hitting an unexpected barrier, mesh wifi systems are less prone to such kind of blockages as they rely on hundreds of nodes that wirelessly connect with each other.

This means that despite the barrier, the network will always find a clear signal path in the quickest way possible.

This is one reason why mesh wifi systems are now being preferred compared to wired wifi networks.

6.  Easy to Install and Uninstall

Installing wired connections is often done by professionals. Depending on the size of the area you want to be covered, these connections can often run into hundreds or thousands of dollars.

Although they do cost more during purchase, mesh wifi systems are extremely easy to install, set-up, and even uninstall when moving houses or offices.

You don’t need to hire a professional to perform the installation. Most mesh wifi systems provide a smartphone app that lets you easily configure and manage your network at the comfort of your home or office.

With the compatible app, you get to check your network coverage, check data usage, pause the internet while away, or even monitor what’s happening to your network.

The system also works with Alexa.

Mesh networks are safer and more secure, thanks to the regular automatic security checks performed on the system’s firmware.

Firmware is also automatically updated to further enhance the security of your network.

This simply means that your network will be less susceptible to hacks, thus making mesh networks safe and reliable.

The Disadvantages of Mesh Wi-Fi Router 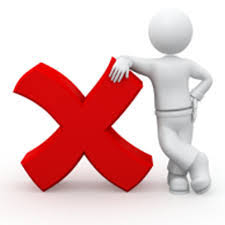 There is no denying that mesh wifi systems are truly fast and reliable compared to traditional networks.

If you’re truly convinced that installing the system will eliminate all of your connection issues, then you must understand its downsides.

One, mesh wifi systems don’t come cheap. While some wifi routers cost almost as much as mesh systems, only a few high-end models are costly.

The majority of them are 5 times cheaper than mesh wifi systems.

However, given the fact that they can offer fast and reliable connections even in large areas without running into issues, it’s easy to see why they would cost more.

Honestly, a mesh wifi system will easily offer you great value for money if you need wider coverage than a router would.

Another disadvantage is that it might not be worth investing in such an expensive system if you have a small house or live in an apartment.

This is because smaller spaces often don’t have poor signal issues. A wifi router in such settings would be an ideal choice.

A mesh system would also be ideal if numerous devices need to be connected.

If you only need to connect to a laptop, TV, and phone, then you’re probably better off with a cheaper wifi router.

More devices mean that you’re able to take full advantage of the network to avoid wastage of resources.

Do You Really Need a Mesh Router?

Most traditional routers most definitely won’t cover bigger houses or offices that have multiple floors.

Plus the numerous walls will outright block signals, causing drop-offs and buffering while watching movies or videos.

With mesh wifi systems, you’ll never have to deal with dead zones or slow internet speeds.

The network signals will hit even the tightest space in your home or office. For large houses, mesh routers will cover from the attic to the basement as well as the front and back yard.

The system is an excellent choice for your smart home as it's faster, safer, and more reliable.

If you’re sure it’s time to ditch your old wifi router for a mesh wifi system, it will be the best decision you’ll ever make.

Of course, your pockets will certainly suffer the heavy cost but everything the system has to offer is worth it.